Home / Understanding the HPV Vaccine: What Is It & Who Needs It?

Understanding the HPV Vaccine: What Is It & Who Needs It?

If there was a medical condition that affected nearly 80 percent of all Americans at some point and was linked to cancer, wouldn’t it be great if there were a vaccine to prevent it? Well, there is—the HPV vaccine.

Human papillomavirus is incredibly common and also incredibly misunderstood. There are many misconceptions around the condition itself and the immunization against it.

But since its inception in the early 2000s, the HPV vaccine has saved countless lives both in the United States and beyond. 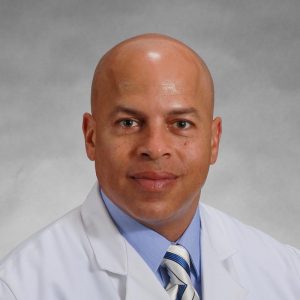 That’s why Kevin Gray, MD, primary care physician with West Tennessee Healthcare, wants to take a few minutes today to break down some basics about human papillomavirus and the HPV vaccine. Read on to learn more.

In most cases, HPV clears out of the body on its own. But that’s not always the case. Months or even years after a person is infected, HPV can manifest in genital warts or in cancer of the vulva, vagina, penis or anus. In rarer cases, it can also cause cancer of the back of the throat.

While most cases of HPV in women are caught during regular screenings before they develop into cancer, other cases of HPV may develop silently and undetected. That’s why the HPV vaccine is so important.

Who Needs the HPV Vaccine?
The short answer is: everyone. The Centers for Disease Control and Prevention’s Advisory Committee on Immunization Practices recommends that both boys and girls be vaccinated against HPV between the ages of 9 and 26.

The HPV vaccine can be given as early as age 9, though the target age is around age 11. It’s best for the vaccination to be given before a child becomes sexually active, which exposes him or her to HPV.

Children who receive the vaccine before age 15 will need a two-dose regimen, with the second dose given six to 12 months after the first. Children age 15 and older will need a three-dose regimen.

But the vaccine is not just for kids. While it’s best to get the HPV vaccine before becoming sexually active, it will still offer some level of protection against strains of HPV regardless.

The vaccination is recommended for anyone up through age 26. In addition, while the vaccine is not necessarily indicated for those older than 26, it is FDA-approved for adults ages 27 through 45. In some cases, a medical provider may recommend patients in that age group be vaccinated.

Why the HPV Vaccine Is Important

We’ve outlined some basics about what human papillomavirus is and the conditions it can cause. But why is the HPV vaccine important for children and young adults to receive?

HPV infections and the conditions related to those infections have decreased significantly since the HPV vaccine was introduced in 2006:

Is the HPV Vaccine Safe?

Yes. According to the CDC, nearly a decade and a half of research has shown that the vaccine is safe and effective. Research is ongoing to ensure the current formulations of the HPV vaccine remain safe.

Like with any vaccination, there is some risk of side effects. But the vast majority of side effects are mild and may include pain or redness where the vaccine was injected, dizziness or fainting, nausea and headache.

Fainting, in particular, is common among adolescents when receiving any immunization and is not limited to the HPV vaccine.

Wondering whether you or your child should have the HPV vaccine? Talk with your provider at your next checkup! FIND A PROVIDER HERE.